Nobuko: Our family lives in Lethbridge, Alberta, Canada. Today, I am so thankful to be standing here on my two legs, breathing on my own, and to attend this World Holy Convocation at Lake Biwa.

Four years ago, I participated in the World Holy Convocation at Mount Myoko in Niigata, Japan. For spiritual training we walked a path of fire to overcome any tribulations and persecutions through faith in God. I was filled with joy of the spirit and felt, “I’ll be all right no matter what.” Afterwards those words reverberated within me, so I wondered if something was about to happen.

After the convocation, my health began to deteriorate a few days before I flew home to Canada. First, one eye would not open. I had double vision. After an examination at the hospital in Canada, I was diagnosed with Myasthenia Gravis, a serious illness which caused my muscles to weaken. They also discovered a tumor in my chest which had to be removed.

At the time our children were six, four, and two. I was admitted to the hospital in Calgary three hours from home. My husband’s mother from Vancouver and my mother from Sapporo, Japan came to help us. Many friends and family members also supported us.

The tumor was next to my heart, so the surgery to remove it was a sensitive procedure, but it was a big success. Afterwards while on medication, I believed I was recovering.

About a year later, however, I felt my health deteriorate again. At such a time, a close friend of mine in Los Angeles passed away of cancer in her fifties. She had always encouraged and prayed for me, so I wanted to give thanks and flew to attend her funeral. My condition drastically worsened and I entered a crisis. On the airplane my body weakened and after arriving at L.A. Airport I was rushed to the hospital in the ICU.

The doctors and medical staff did everything they could to treat me, yet my body became weaker every day. I had trouble with all functions. I became fearful of death. Even while embracing the Bible and praying, I couldn’t escape the fear and cried every night.

Gideon: I worried whether Nobuko would make it home all right. Her body was weak so getting on the plane was a risk, and the hospital would not permit it.

Doctors in both L.A. and Alberta corresponded in order to get this patient home. They consulted with the insurance company and decided that after she showed some recovery, they would try to transport her back home. Eventually they dispatched an air ambulance with medical staff on board from eastern Canada to California.

Prayer at the Hospital

Nobuko: After flying back to Calgary, I could no longer breathe on my own. I was placed on the ventilator, but it was excruciating. One minute felt like hours. I thought, “God, until now I prayed that I could somehow survive, but I’ve reached my limit. I just want to return to heaven…” I wrote to the nurse to remove the ventilator and to let me be.

Gideon: The nurse called me and said, “Your wife says she no longer wants life support.” Until then we had been praying for Nobuko and doing all we could to support her. Yet, it felt like we were in a raging storm. I drove on the snowy highway, crying out to God all the way to the hospital.

Even after arriving at the hospital, I wasn’t ready to see her. My wife was facing death, but I wasn’t yet filled with His spirit. I entered the hospital chapel with a Bible and prayed.

When I got to her room, Nobuko was totally weak. She could not speak, smile, nor cry. Her face had no expression. I sat by her bedside, took her hand, and prayed, “Heavenly Father, help us. Our small boat is in the storm and we’re about to sink.” After some time I felt God’s vivid presence before me, just as I had at the age of thirteen when I first encountered Christ. I prostrated myself before Him, praying, “Lord Christ, my God, save us!”

Nobuko: I felt my husband’s tears fall on my hand, but my own prayers and tears had completely dried up and so I just listened to him. Gradually, I felt not only my husband’s prayer, but also the love and prayers of many family and friends. Then I realized, “I was nearly swallowed up by the darkness. But I cannot die yet.” On a piece of paper I wrote in big letters, “I vow to God to fight to the end,” and gave it to my husband.

The Light Shining from Heaven

A few days later it was Sunday. Amazingly, for the first time in weeks my neck became stable and I could ride a wheelchair. Seeing this, the nurse wheeled me to a large hall where there was a grand piano. She knew that I loved music. With all of my heart I started to play a hymn ever so softly:

Jesus, Lover of my soul,
Let me to Thy bosom fly,
While the nearer waters roll,
While the tempest still is high.
Hide me, O my Saviour, hide,
Till the storm of life is past;
Safe into the haven guide;
O receive my soul at last!

While playing this hymn on the piano, I prayed, “Heavenly Father, You have loved and guided my soul until now. Where are You now? Let me completely entrust my life and death to You. Let my soul return to your peace. Let me return to You.”

Christ’s light illumined my soul, and I clearly sensed that my prayer reached heaven. I realized that God knew all and that He was with me all along… I still couldn’t speak, but I was so happy that my whole body shook as I cried like a baby.

It took many months to recover. But the next day a new prayer welled up within me: “God, please give me the fighting spirit, even just for today. Be with me through all the treatment.”

I’ll Be All Right No Matter What

Until then, I had refused to let our children see me in the hospital. I didn’t want them to see how weak I was with tubes connected all over my body. But one day, I suddenly heard, “Mommy!” and my three children entered my room and hugged me. Gideon had brought them to the hospital.

My children had been waiting to see their mother even when I was bedridden and couldn’t do anything. I was moved to tears. I had felt I could no longer endure the pain and was ready to leave them behind, but I once more felt a strong desire to get better and to cook for my children again, and to see their smiling faces again.

Since the day that Christ’s light illumined my soul, I continued to get stronger and be encouraged. “And the light shines in the darkness, and the darkness did not comprehend it” (John 1:5). My body recovered little by little. Now, I am able to do work around the house and to raise my children as before. Each day I truly appreciate the little things as if they were God’s miraculous works.

Now I know I am completely within God’s hands whether in life or in death. More than anything else, I am glad I have come to know the peace in His love. I am no longer afraid. I am so grateful to learn that all the cells of my body exist in order to praise God.

Four years ago, God’s assurance that, “I’ll be all right no matter what,” was indeed true. Even on the precipice of death or within the darkness I’ll be all right. So God’s words reverberate within me now.

A Soul Rising to Heaven — Losing My Child — 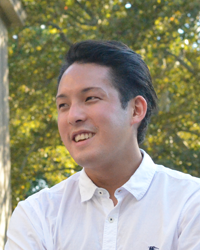 Guided by Signs from Above