The town of Herrnhut is located on the eastern edge of Germany. Something is different there… a sense one gets from the air flowing through this quiet place.

In my twenties I was delighted to read about the events that took place in this village in the eighteenth century. The Holy Spirit descended here as it had upon our Makuya group some sixty years ago and as the Early Church had experienced on the day of Pentecost. I was drawn by the religious movement of the people who were overflowing with power, joy, and love.

Awestruck in a Forest

Jan Hus was a great Christian reformer of the fifteenth century. Believers who were influenced by him lived in present-day Czech Republic. For a long period, they were oppressed by Roman Catholic leaders until they fled and sought refuge under the protection of Count Nikolaus von Zinzendorf, a nobleman of the estate, including the forest of Herrnhut. The refugees had cleared the forest and established the village. At first there were only ten people including children.

When I stood in that forest where they had cut the first trees to build their house, I was suddenly awestruck by the heritage of faith that eventually made its way into the Far East. Living in Japan, I have been given the precious gift of salvation in Christ—a testimony of the tears and struggles of those early pioneers. Such thoughts, which I had never before pondered, raced through the innermost part of my soul.

Forest where the first lumber for building Herrnhut was cut

From Herrnhut an extraordinary number of ministers set out across the world to the West Indies, Greenland, and places considered remote from Europe. The ministry bore much fruit; although they did not go to Japan, they are said to have opened the path for overseas Protestant missionaries.

For the sake of their faith, the refugees fled their homeland and started from scratch a pioneer life in an unknown land. Because the Holy Spirit was poured onto those few individuals, I am now connected to Christ. How magnificent are such divine works!

There was an increase in new migrants to this newly established village of Herrnhut. However, as more people of differing denominations moved there, a divide grew on the matters of faith. The result was disunity that led the group close to division.

Zinzendorf endeavored to solve the problems; he listened to each person’s claim and enacted concrete solutions to manage the community. Most importantly, with tears he prayed to God.

There was a young girl named Susanna Kuehnel, age eleven, whose mother had died. Susanna was struck by how joyfully her mother had been uplifted to heaven. For three nights the young girl continued to pray, longing for heaven. Several weeks later, with a radiant face, Susanna said to her father, “Now I am become a child of God; now I know how my mother felt and feels.”*

Oh, the conversion of a young girl!

A remarkable atmosphere filled the village. Then there was a Pentecostal experience on August 13, 1727, that enabled the community to decisively overcome all conflict: the Holy Spirit descended mightily upon the communion of the congregation in the neighboring village of Berthelsdorf, and every heart was united in one accord. While returning from the village, all the people rejoiced as if born anew and embraced in love.

Zinzendorf was continually used by God and did remarkable works. As death neared, he repeatedly said that the following scripture was realized through them:

Holy Father, keep through Your name those whom You have given Me, that they may be one as We are.(John 17:11)

While praying and reflecting on Herrnhut’s past, I felt my prayers becoming one with the prayers of those early settlers, prayers that transcend time and nation.

Pentecost—the outpouring of the Holy Spirit on the early New Testament church—also occurred in our group, Makuya, and continues among us today. This land where the fragrance of the same Holy Spirit hovered felt so very dear and familiar to me. As it was difficult for me to leave, I lingered there for some time.

*History of the Moravian Church, Chapter II, “The Fight for the Gospel; or, Moravians and Rationalists, 1775-1800.” 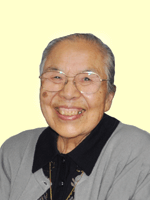 A Soul Rising to Heaven — Losing My Child —